Supporting your local businesses can make your home value soar!


Lately all value seems to be pointing to LIFESTYLE!  And really, there is no mystery to that because of a growing interest in all things exciting and enjoyable. Younger generations have been spoon fed multimedia presentations and Superbowl style newscasts for a couple of decades now and those young people are becoming the new home consumers. And we all seem to be following the trend. There are even businesses that track this sort of thing, like "Independent We Stand", by looking at a 14 year period of time in a particular zip code. and see how values of homes go up with the presence of strong independent businesses. The National Association of Realtors® just published an article of the correlation between these two in the following formula:

This article shares an example in Greenwich, R.I. Coreen Gardiner, broker and sales manager at Coleman, REALTORS® was quoted,  “I was amazed at the percentage of impact, in reaction to the home value calculator’s results for the Providence metro, which showed a 134 percent increase in home values." But it doesn't hurt that stores in her town stay open late and people participate in those businesses.

So take a closer look at your community and take the "Minnesota Nice" to a new level in your own neighborhood and you'll benefit in the process when you go to sell your home someday!

I just heard this week that the Target Corp.’s expansion plans for its north metro campus in Brooklyn Park is going to affect housing in the north metro.  Target is planning a 700,000 square foot complex by 2015 which is larger than they had first projected and it could reach to 400,000 square feet more by the time it is finished. The campus will be on 330 acres NE of Highway 169 and Highway 610.
So how many workers will move here? 3,900 will move from the Minneapolis downtown office to the north campus and the grand total could be as large as 5,200 people by the year 2014.
So if your are thinking of moving to or buying in the north metro, the time could be now! Call me to organize your search for your north Minneapolis home!
Dan Dekker - Century 21 Premier Group - 952-220-3701 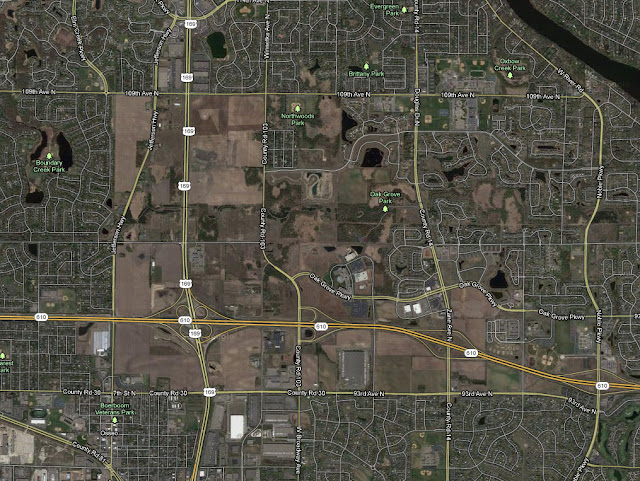 Minneapolis, Minnesota (June 12, 2012) – The month of May provided another confirmation that the Twin Cities metropolitan area's housing market continues to positively lean toward market recovery. During the month, buyers signed 5,130 purchase agreements, 27.3 percent higher than last May, and sellers introduced 6,599 properties to the market, 6.0 percent less than May 2011. This combination of activity drove down the number of homes for sale on the market to 17,262, down 31.1 percent.

The median sales price was up 10.5 percent from last May to $169,000. That's the third-largest jump since January 2004 and the third consecutive month of year-over-year gains. Prices have risen 22.5 percent since February (from $138,000 to $169,000). Home prices are now at their highest level since October 2010.
"Residential home prices have been increasing steadily," said Cari Linn, President of the Minneapolis Area Association of REALTORS®. "It's been a positive change for our local housing market and it's been a long time coming."
Prices are "melting up" because distressed properties now comprise a smaller share of overall sales. Since traditional homes sell for a median price of $205,000, foreclosures sell for $116,350 and short sales go for $135,000, these shifts have translated into notable price gains.
Traditional closed sales were up 50.1 percent, while foreclosures fell 12.8 percent and short sales increased 12.9 percent. Together, distressed homes made up 31.1 percent of all new listings and 39.4 percent of all closed sales, the smallest shares since June 2008 and September 2008, respectively. Traditional sales made up the remaining 60.6 percent of all closings and sold for 76.2 percent more than foreclosures and 21.3 percent more than metro-wide prices, further supporting the strong gain in overall median sales price.
The number of homes for sale has dropped for 16 consecutive months, down 31.1 percent from last May to 17,262 active listings – the lowest inventory reading for any month since January 2004. The month's supply of inventory plunged 45.6 percent to 4.5 months – the lowest reading for any month since December 2005.
Homes sold in 125 days, on average, down 19.6 percent from last May. Sellers received an average of 94.5 percent of their list price, up 3.8 percent from 91.1 percent last May. Cash buyers made up 20.1 percent of all closed sales, down from 22.2 percent at this time in 2011.
"May looks great on paper and on the street," said Andy Fazendin, MAAR President-Elect. "Buyers are active, sellers are starting to see some brightness on their end and the market is rediscovering a nice balance."
All information is according to the Minneapolis Area Association of REALTORS® (MAAR) based on data from the Regional Multiple Listing Service of Minnesota, Inc. MAAR is the leading regional advocate and provider of information services and research on the real estate industry for brokers, real estate professionals and the public. MAAR serves the Twin Cities 13-county metro area and western Wisconsin.